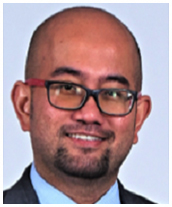 Dr. Mohd Haidzir Abd Manaf is the Head for the Centre of Physiotherapy Studies, Faculty of Health Sciences, Puncak Alam Campus, Universiti Teknologi MARA (UiTM). He obtained his Ph.D. from UiTM in 2015, BSc (Hons) in Applied Rehabilitation (Physiotherapy) from the University of Teesside in 2007 and Diploma in Physiotherapy from UiTM in 2002.

He joined UiTM in 2008 and has since then served UiTM until today. Previously, he worked as a physiotherapist for 6 years in University Malaya Medical Centre. His clinical and research interest includes neurological rehabilitation and gait analysis. He has published several academic writings related to his field in journals and chapters in books. 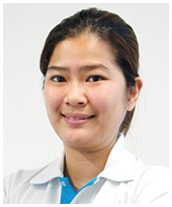 She is a registered physiotherapist graduated from The Malaysian Allied Health Science Academy in the year 2010. She is a private practitioner in MD Physiotherapy with a special interest in Musculoskeletal disorders, sports injuries, orthopaedic physiotherapy and myofascial release therapy (MFR).

Her keen interest in MFR began in 2007 having worked with a doctor in Seremban before embarking to further her studies in physiotherapy. Since then, she has been tied to the Borneo Eagles Rugby Team as the Chief Physiotherapist during the Cobra Rugby 10’s in 2011 and the Agung’s Cup in 2012 and 2013 for the Sabah Eagles. She was appointed as the tournament physiotherapist for the International Borneo 7’s rugby tournament, Cobra 10s, ARFU 15s, and YRIM youth rugby tournaments since 2011 till today. She is currently the Malaysian Women’s Rugby Team Physiotherapist.

She is the ONLY physiotherapist in Malaysia having been awarded and appointed as a certified World Rugby Medical Educator. She continues to pursue this career having to teach throughout the nations under the Asian Rugby Football Union (ARFU). Local preceptor for colleges such as Pusrawi, Sime Darby Medical College and Universiti Tunku Abdul Rahman. 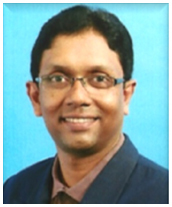 He has been working as a physiotherapist for the past 22 years after graduating from the School of Physiotherapy in 1996. He started his work carrer in Hospital Universiti Sains Malaysia, Kubang Kerian in Kelantan, and then moved on to a Medical Centre in Kajang that specializes in Joint Reconstruction and General Orthopaedics.

Subsequently he went on the Home Care Physiotherapy as he saw the need for PT at home for Neuro and Paediatrics patients. He later went on the help start a Neuro Rehab unit in Tawakkal Health Centre where he served for 6 years. He is currently the Head of Rehab Affairs in Daehan Rehabilitation Hospital in Putrajaya. His area of focus is Neuro and Paeds Physiotherapy. Halizahanim Hassan started the journey in MARA Institute of Technology in 1997 (currently known as MARA University of Technology) after successfully obtained Scholarship from Pantai Medical Center Sdn. Bhd. The pressure and necessity to improve formal education within Physiotherapist in Malaysia has strongly influenced and motivated Halizahanim to took up top-up Degree Program in year 2007. Area of interest has always been in Musculoskeletal/Orthopaedic and Women’s Health areas. Currently, she is the Senior Manager looking after Business and Clinical components in Pantai Integrated Rehabilitation Sdn. Bhd. 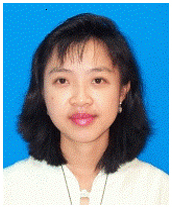 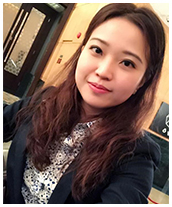 Graduated from Leeds Metropolitan University, England with BSc (Hons) Physiotherapy. Started to practice in Gleneagles Kuala Lumpur since 2006 and left as Rehabilitation Manager in 2018. Currently she is with Regency Specialist Hospital, Johor Bahru as Senior Manager of Rehabilitation Center.

Her special interest is vestibular rehab and treating patient with dizziness. 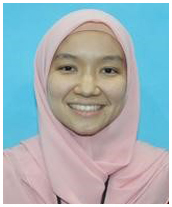 Currently working in Physiotherapy Divison Dept of Rehabilitation Medicine University Malaya Medical Centre as a senior physiotherapist. 15 years of working experience in this industry and mainly treated patient in Musculoskeletal Spine and Hydrotherapy. Passion improving patient’s with back pain quality of life. 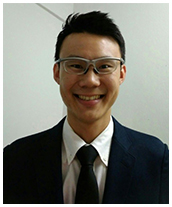 He has been working as a physiotherapist for 5 years and currently the Head of Physiotherapy Department at WQ Park Health & Rehabilitation Centre. Utilises functional rehabilitation approach in musculoskeletal and neurological conditions. Special interest in pediatric rehabilitation and hydrotherapy.

Dynamic Neuromuscular Stabilisation (DNS) A,B and C trained since 2017 and have been practicing the approach on different variety of patients. Titleist performance institute (TPI) certified (golf) since 2015. He is involved with multiple community services as a physiotherapist and he served as the treasurer of Asian Confederation for Physical Therapy (2016) and Malaysian Physiotherapy Association (2015-2019). 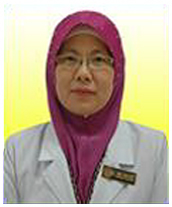 Puan Hidayah’s career began in Bentong Pahang after qualifying from the School of physiotherapy in 1991. From there she went on to Hospital Tengku Ampuan Afzan in Kuantan to her current location in Hospital Sultanah Aminah Johor Bharu. She is a dynamic therapist not just looking at focusing at clinical practice excellence but has been active at the Ministry’s level as a member of the Technical Committee. She has been the key person in the development of SOP’s , KPI’s, Guidelines, Innovation Project and was the secretary to the development of the ACT 774.

Clinically she has a wide ranged of focus, DNS, Neuro, Sports and Musculoskeletal. Not resting on this alone she has sought to develop the younger generation of therapist by being an external lecturer to the Allied Health College in Sg Buluh and Johor Bharu focusing on MsKenzie and Maitland.

She has also contributed to the Sports Arena, lending her support to the Commonwealth Games, SEA Games, SUKMA, Paralympic Games and Sports at the Ministries Level. She is also a sought after speaker at many events and presented many Poster Presentation locally and abroad in Korea and Indonesia. She has received the Anugerah Perkhidmatan Cemerlang for 5 years and the Ahli Mahkota Pahang in 2010.